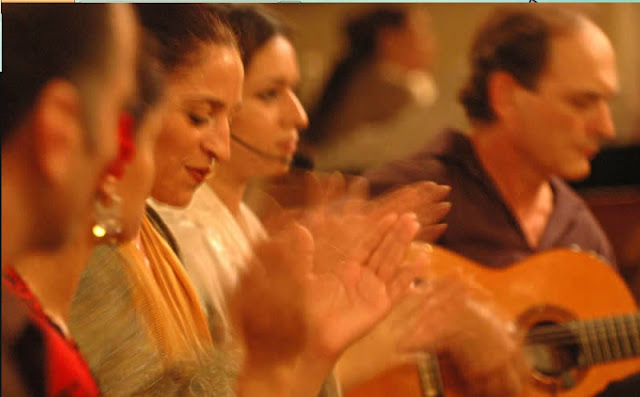 SO SORRY! THESE NEW CLASSES WILL BE POSTPONED! BECAUSE OFUPCOMING PROJECTS BY THE AMAZING BRIAN SANDERS' JUNK, CHECK BACK FOR UPDATES.....

AS WE DO EVERY YEAR..WE WILL BE AT HOME IN SPAIN FOR THE SUMMER!
If you need to reach us PLEASE USE E-MAIL or WHATSAPP . If you need to call...send me an e-mail and I can give you our phone number in Spain..
WE WILL MISS EVERYONE AND THE FABULOUS FOOD AT BAR FERDINAND AND MATADOR.. SEE YOU IN SEPTEMBER!!
BESOSSSS PARA TOD@S!!!!!
Posted by Tito y Anna Rubio at 09:27 No comments:

IMPORTANT NEWS!!
AFTER THIS SATURDAY'S ALL DAY FESTIVAL AT THE CEC IN WEST PHILA
info here:    www.cecarts.org

WE WILL BE TAKING OUR SUMMER BREAK AND HEADING HOME TO SPAIN!
UNTIL SEPTEMBER WE CAN BE REACHED THROUGH E-MAIL OR WHATSAPP...
OR ON OUR SPANISH PHONE NUMBER

HAVE A WONDERFUL SUMMER AND SEE YOU IN SEPTEMBER!
Posted by Tito y Anna Rubio at 10:57 No comments:

On Tuesday evenings we are offering technique classes. 6-7:30.
the first half hour is castanets-then from 6:30-7:30  brazeo (arms and hands), marcaje y footwork!

If you do not have castanets, you may take class just from 6:30-7:30...but I highly recommend purchasing some, and I promise you that I CAN teach you to play them!

We will be having mirrors up soon- so for now we are offering a discount on the class;
$12 for the hour and a half, $10 for the hour

COME AND JOIN US, IF YOU HAVEN'T ALREADY! WE ARE HAVING FUN AND GETTING MATCH-FIT FOR SOME FUTURE CHOREOGRAPHY!

Hipolito (Tito) Rubio (born 1954 in Monsagro, Spain). In the early 1960s many Spaniards emigrated to Australia, Tito's family among them. They settled in Melbourne where he studied flamenco with Manolo Varela and others, and became active as a performer in the Spanish community. He appeared on radio and TV in Australia. In the mid-1980s he relocated to Spain, where he was exposed to traditional flamenco families and studied with some of the world's greatest guitarists. Tito appeared in the Festival de la Ville in Madrid in 1989 as part of the company of Danza Espanola Contemporanea of Juan Maya Marote and in the Royal Palace of Morocco for Prince Felipe of Spain and King Hussein of Morocco. Tito performed with companies from Spain in various cities in Asia and in Europe, also making an extensive tour of the Middle East. In 1995 he toured the US with Maria Benitez’ Teatro Flamenco in New Mexico. On this trip he met his wife Anna. After a couple years living in Spain they moved to Philadelphia and created Flamenco del Encuentro. Tito was awarded an Artistic Fellowship by the PA Council for the Arts for 2004 and a Pew Fellowship in the Arts for 2004.
Anna Arias Rubio began her training in dance and music at age four. After training in ballet at the Pennsylvania Academy of Ballet, she started studying modern dance in her early teens with Joan Kerr and Susan Hess. Anna moved to San Francisco in 1982, training with several teachers, including Lucas Hoving and Ed Mock, and commencing flamenco studies with Rosa Montoya and with the late Maestro Cruz Luna. By 1986 she was a member of Theatre Flamenco of San Francisco, performing throughout the Bay Area. In 1991 she returned to Philadelphia and became a member of the Flamenco Ole Company under the direction of Julia Lopez. Anna currently teaches Spanish Dance/Flamenco at UArts. Anna was awarded an Artistic Fellowship for the year 2001 from the Independence Foundation and a Leeway Grant for 2004, Anna returns regularly to Spain continuing her studies with La Chiqui de Jerez, Javier Latorre, Juan Polvillo and others. Anna also writes for www.danceinsider.com.
Antonia Cruz Arias' paternal grandmother was California born Spanish singer Elena Acevedo. She was raised in the world of flamenco, but began music and dance training in the classical tradition at age four. She had been singing her entire life, but began formal training in technique at the age of twelve, at the Catholic Institute with Damaris Thillet. She studied Flamenco cante at the Fundación Cristina Heeren de Arte Flamenco in Seville, Spain, and Flamenco dance in Jerez de la Frontera, Spain. She has also studied intensely with Jesus Montoya, Gypsy singer from Seville. Antonia spent the first five months of 2008 in Madrid studying cante in private lessons with the legendary Talegón de Cordoba. Antonia has accompanied many important artists such as Antonio Hidalgo, Nélida Tirado, Inmaculada Ortega and Edwin Aparicio, and has shared the stage with singers such as Rocio Soto from Jerez, Alfonso Cid from Seville, and Marcos Marin, and accompanied classes of La Chiqui de Jerez. Antonio travels regularly to Albuquerque and Santa Fe, New Mexico to perform with some of the U.S.’s most up-and-coming young Flamenco artists.
Amy Schofield began dancing at the age of three in her hometown of Kenner, Louisiana.  Studying classical ballet, tap, jazz, lyrical, and hip-hop at the Debby Dillehay Dance Studio, she was a Dance America Dancer of the Year Semi-Finalist in 2008.  Amy graduated with a Bachelor’s degree in Ballet Performance from the University of the Arts in 2012, where she had the opportunity to work with many choreographers, including Scott Jovovich, Anastasia Babayeva, Sara Procopio, Anna Rubio, Helen Simoneau, and many more.  As a freshman at UArts, Amy began her flamenco education with Anna Rubio and was on stage less than a year later.  In 2011, she performed with Kun-Yang Lin/Dancers in collaboration with Hua Hua Zhang’s Visual Expressions.  Amy traveled to Spain in 2012 to study at the Fundación de Arte Flamenco Christina Hereen in Sevilla with maestras Milagros Mengíbar, Maribel Ramos, and Pepa Sanchez.  She then traveled to Jerez de la Frontera to attend the professional level choreography courses with Javier Latorre and La Chiqui de Jerez. She returned to Spain in 2013 to study at the  Fundación de Arte Flamenco Christina Hereen once again and to attend the Miraflores Flamenco intensive in Madrid and study with Inmaculada and Domingo Ortega. Amy has also had the pleasure of studying with Antonio Hidalgo, Maria Bermudez, La China, and Adrián Galia, just to name a few.  This is her forth year as company member and soloist with Flamenco del Encuentro.

Hersjel “El Hache” Wehrens got to Flamenco, and dancing in general, relatively late in life. When he was 20 his then girlfriend dragged him into a ballet studio to dance “the” flamenco with him. It was not hard, it was very hard, but with a lot of work his teachers  Victoria Rosalen, Leo Molina, Brigitte Erdweg, and especially Marta Flendrig managed to make him into a halfway decent flamenco dancer. A deep love of the music and in particular the cante (to the great distress of family and friends who had to listen to it) also helped; if you can’t feel it you can’t dance to it. 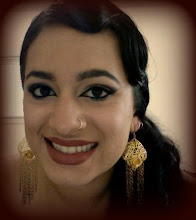 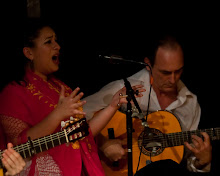 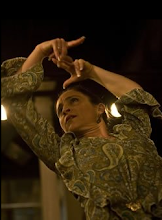